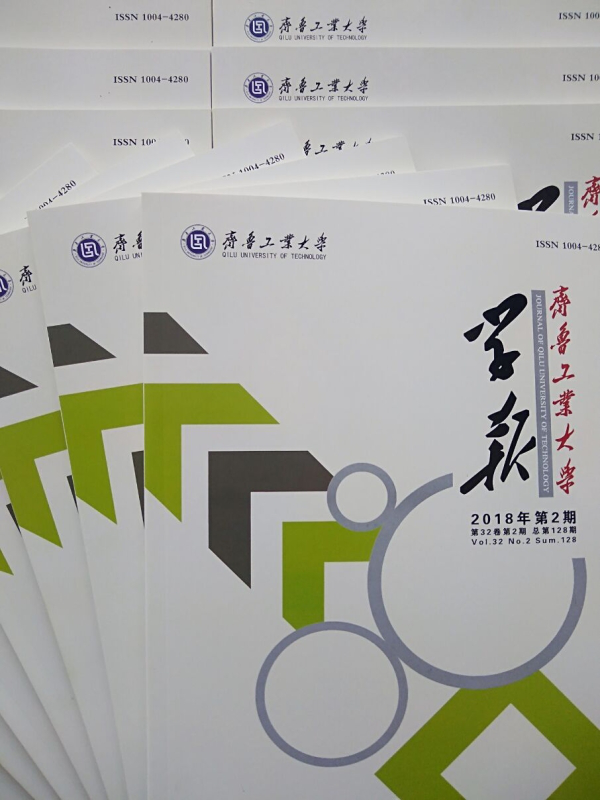 The Journal of Qilu University of Technology was founded in September 1987. It was formerly known as “Journal of Shandong Institute of Light Industry”. It is hosted by the Shandong Provincial Education Department and sponsored by Qilu University of Technology. The domestic unified serial number is CN37-1498/N. The International Standard Serial Number is ISSN1004-4280.

Journal of Qilu University of Technology 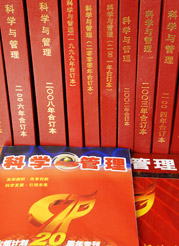 The magazine Science and Management is a comprehensive scientific journal jointly sponsored by the Science and Technology Department of Shandong Province and the Shandong Academy of Sciences. Founded in 1981 (bimonthly), it has been published nationwide. It has published more than 100 issues in more than 20 years. It has won numerous national and provincial awards: it won the second prize for the exhibition of national science and technology journals in 1990 and Shandong in 1993. Provincial Publishing Association layout design first prize; 1995 Shandong Province Publishing Association outstanding overall planning 2nd prize, outstanding article editorial award first prize, a third, excellent binding art editor third prize; In 1996, Shandong Province took the lead in changing to the 16th edition of the international standard. In the same year, it won 2 outstanding works awards issued by the Provincial Press and Publication Association. From 1998 to 1999, it was awarded the title of Shandong Provincial Natural Science and Technology Excellent Grade Journal. In 1999, it was Shandong Province. The Party Committee Propaganda Department and the Science and Technology Department of Shandong Province were selected as advanced units for scientific and technological propaganda in Shandong Province. In 2001, he won 2 first prizes and 2 second prizes for outstanding editors and excellent editors. In 2002, he won 4 first prizes for outstanding editors and excellent editors from the China Press Culture Promotion Association. The China Media News Culture Quality Excellent Journal First Prize. In 2000, he created his own website and browsed millions of people online. In 2003, the “Science and Management” magazine’s board of directors was established and there were more than 100 participating companies. The readers of this journal are mostly local leaders at all levels, scientific and technical management workers, scientific research personnel, management personnel of business circles, and teachers and students of universities and colleges, and are deeply loved by readers.

It focuses on the contending of scientific science and scientific management and the wide application of practice, closely watching the frontiers of soft science research, timely reflecting the status quo, dynamics, and development trends of international and domestic management theory research; actively responding to the needs of management practice, focusing on the introduction of modern Management features and basic laws.

It is based in Shandong and looks to the world. Closely centering on the center of economic construction, vigorously promote strategic guidelines and policies for the development of science and education, sustainable development, and economic globalization; focus on reporting theories, practices, and models of knowledge innovation, technological innovation, and high-tech industrialization, and transform technological innovation and achievements. Provide reference. 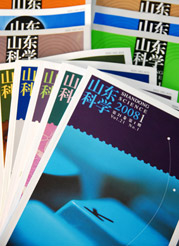 Shandong Science is a comprehensive academic journal of natural science sponsored by the Shandong Academy of Sciences. It is a scientific and technical worker for universities, research institutes, and enterprises. It strives to report on the key theoretical areas and applied research of natural sciences in a timely manner. It is innovative and high. The most important scientific research results are one of the most well-known academic journals in Shandong Province.

Shandong Science gives priority reports to the National Natural Science Foundation of China, scientific and technological projects, and provincial-level funded projects, striving to become top-ranking academic journals in China. The publication period of periodical papers is short, and excellent papers can be published in a timely manner. In recent years, the literary indicators of periodicals such as impact factors and total cited times have been continuously improved, and the influence in the province and at home and abroad in academic circles has been increasing, and it has been welcomed by domestic scientific and technological workers. As the only scientific journal of natural sciences sponsored by the Shandong Academy of Sciences, Shandong Science has strongly promoted academic exchanges in the Shandong scientific and technological community and at home and abroad, promoted the industrialization of high-tech achievements, and produced certain social and economic benefits.

To make Shandong Science reach a higher level, a new editorial committee was formed. Four domestic and foreign academicians and university presidents served as consultants. 37 well-known professors from domestic and foreign universities and scientific research institutes served as editorial board members, forming a strong backing for scientific research. The editorial board guides the development of periodicals around the frontier disciplines, determines the selected topics, and organizes manuscripts in a focused manner. It conducts academic exchanges for experts and scholars from several domestic and foreign hotspot industries, and enhances academic awareness of journals and organizers. The editorial board invites academics at home and abroad to open a special column to carry out academic exchanges and academic contention in the discipline and attract scientific researchers of related disciplines to pay attention to the development trend of the discipline.

Shandong Science relying on the scientific research advantages of the organizers can effectively promote the development of related disciplines, and promote academic exchanges across the industry to promote the transformation of scientific and technological achievements and technical services. As a comprehensive journal of natural sciences, disciplines cover many fields such as biology, computers, energy, automation, lasers, new materials, and analysis and testing. Can publish almost all professional academic papers in science. It has provided a good garden for the publication of some new disciplines, cross sciences, and marginal sciences. It can fully express their new arguments and carry out academic exchanges. The biggest feature of Shandong Science is not only focusing on basic theoretical research but also focusing on the application and promotion of scientific and technological achievements. By publishing papers in the field of applied research, we will promote the integration of production, learning and research, and vigorously promote the transformation of scientific and technological achievements, so as to achieve a certain degree of economic benefits while achieving social benefits.

Since its inception, Shandong Science has achieved great development in all aspects. In the future, we will continue to adopt various practical and feasible measures to comprehensively improve the academic level of journals and promote academic exchanges in Shandong academia and at home and abroad.